More than likely you received an IRS CP-2000 notice.  This came because you did not report income items that were reported to the IRS.  Most of the time the IRS records are correct but often the tax due is not.  There are situations where a taxpayer reported the income but didn’t report it where the IRS computers expected to see it reported, or it was reported incorrectly on the IRS tax form.  Often there are tax deductions that were not taken that will appropriately off set the taxable income.  So don’t give up hope that you are going to owe the IRS.  Many times these notices come from stock sales not reported.  When the IRS sends you a notice that you did not report a sale of stock of $100 which is true, they do not know that you paid $300 for the stock.  Instead of owing more taxes, you have a refund due to your $200 loss.

Scott Allen EA of Tax Debt Advisors in Mesa AZ was able to help out Laurie with her CP-2000 notice. Upon correcting some taxable income documents we were able to reduce her tax bill from nearly $11,000 down to $1,800. This was also on a tax year that was from six years prior. 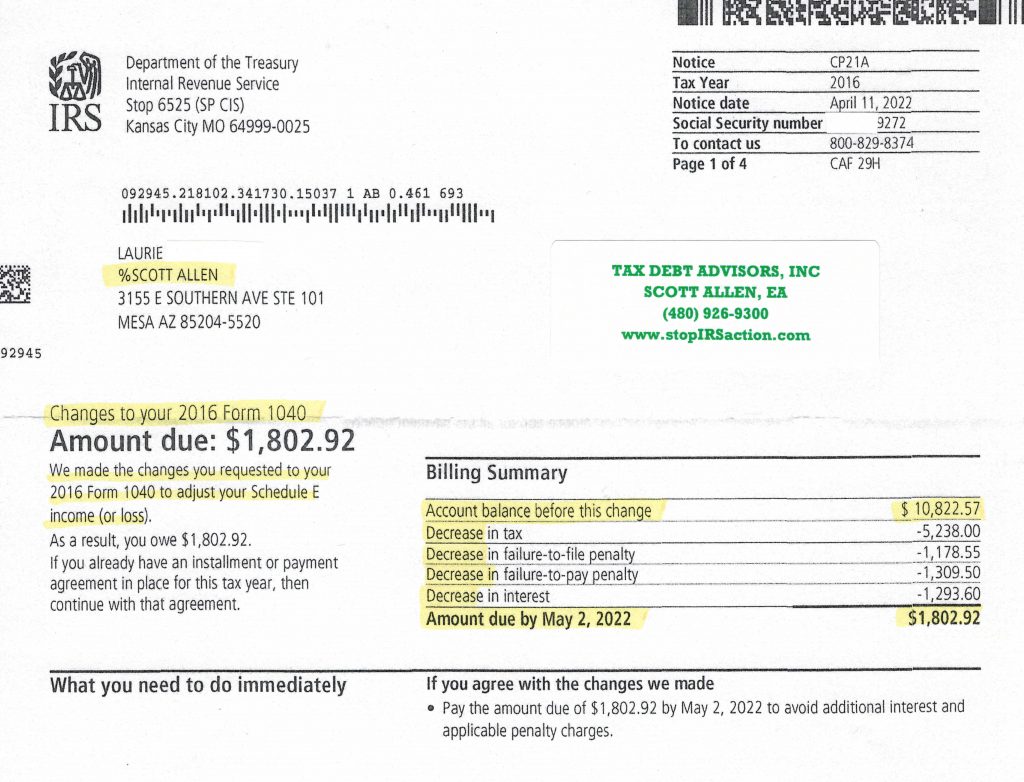