Scott Allen E.A. is licensed in all 50 states to represent taxpayers before the IRS.  A Phoenix Arizona IRS Tax Attorney is only licensed as an attorney within the state he has passed a bar exam.  Scott Allen will represent you at the highest level in getting you the settlement that is best for you—at a fee you can afford.  Don’t be fooled by all the tax attorney hype on top of the intimidation that you will regret not using a tax attorney in Phoenix AZ.  It’s simply not true.  Call Scott Allen E.A. at 480-926-9300 for a free consultation today.

Scott Allen E.A. was hired by Matthew to be his IRS Power of Attorney. As his representative he was able to be successful in negotiation all eight large tax debts into one very low monthly payment plan. His business was being hit pretty hard due to the recent changes in the economy. So he wouldn’t have to worry about the IRS filing and levies or garnishments, Scott Allen E.A. wrapped all the IRS debt into a low $237 per month payment plan. View the IRS notice below to see for yourself. If you may be in a situation similar to Matthew do not hesitate and give Tax Debt Advisors a call. 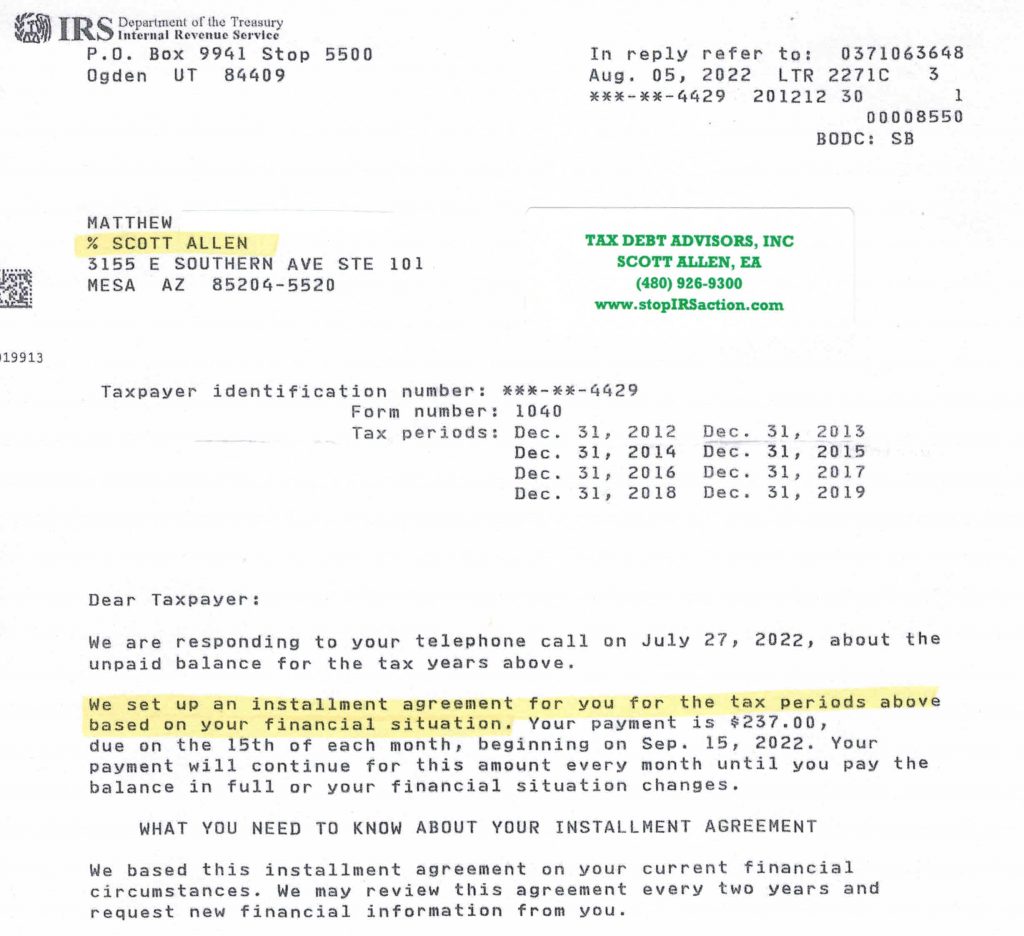